Many Individuals, One Team

Having a world-class team is every leader’s goal, yet it’s tough to achieve. Stu Schlackman explains why building a successful team also means understanding each team member.

It’s amazing how in the world of professional football a new coach can come in and turn a losing team into a winning one in just a year. Have you ever wondered how these coaches do it? What do they say to players that makes such a difference? What potential changes are they able to see, which others cannot, that will turn the team around?

Building a high-functioning team isn’t about hiring a bunch of superstars (in fact, that tactic rarely works). And while it’s important to have a congenial, positive work environment, creating a team is not about bringing together a group of people who like one another (that’s what friends are for). Instead, to amp up your team’s performance, learn how to build team harmony — and see who your team members really are.

The Causes of Team Dysfunction

When it comes to building a world-class team, you should actually start by learning the characteristics that define a poorly performing team. Following are the five main elements, identified by Patrick Lencioni in The Five Dysfunctions of a Team, that can hurt a team’s performance.

The most important of these five elements is trust; the other four layers are built on it. If you don’t have trust, then you can’t resolve conflict. If you can’t resolve conflict, your team members will be reluctant to commit to the team goal or to embrace the notion that they are accountable to one another. With commitment or accountability, team members will give priority to their individual success instead of team goals.

Trust is the combination of character and capability that leads to consistent and superior performance every time. Or, as Stephen Covey artfully puts it in his book The SPEED of Trust, trust = speed ÷ cost.2

If you have just one team member with low trust, it can be contagious. People typically can sense another’s distrust and will often reflect the same negative, distrusting attitude right back. The result: low trust all around.

A Team of Individuals

To build a world-class team, you need excellence in decision making, communication, motivation, and risk taking. But a strong team is actually made up of individuals who have different decision-making and communication skills, different motivations, and different capacities for risk. Those differences are part of what gives a high-functioning team its synergistic power to exceed what team members can accomplish alone.

The first step in building harmony in your team is to understand your team members as individuals with different personalities and work styles. When you understand these differences, you better understand why people say and do the things they do, which will add a deeper dimension to your interactions.

As a self-test, the next time you’re in a team meeting, be aware of your natural reaction to statements that you disagree with. Did you react to the particular statement, to the person who made it, or to both? Can you separate the merits of an idea from how you feel about the person who proposed it? Logically, you should be able to. In the real world, this is more difficult.

Despite the analytical tools, processes, and training at our disposal, the interactions of team members aren’t based on logic but on emotions. This is why, according to Travis Bradberry and Jean Greaves in their book Emotional Intelligence 2.0, high emotional intelligence — the ability to assess and influence the emotions of others — is a vital characteristic of a great team.

There are four elements of emotional intelligence:

Ninety percent of top performers in their careers, whether in sales or management, have high scores in emotional intelligence. That’s no surprise when you think about how others would regard someone with high emotional intelligence: they easily establish and maintain positive social relationships, manage conflict well, fit easily into social situations easily, and are often seen as natural leaders.

A solid understanding of the different personality styles that are at work within your team will help you work through every team — or client — situation.

Being cognizant of the fact that people see things differently and do things differently will help you communicate more effectively. Instead of taking opposition to others’ perspectives, you are now open to new views on the issue or situation.

So rather than rushing to judgment or becoming easily frustrated, you’ll gain a new respect for the skills each personality style brings to your team. You can, in turn, use those different styles to build a world-class team that consistently produces outstanding results. 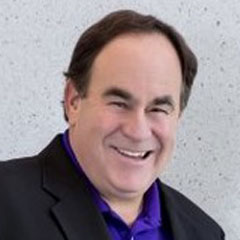 Stu Schlackman, is founder and president of Competitive Excellence, which helps businesses achieve superior sales results through training and coaching. The Sales Intelligence System helps companies build high-performance teams and increase sales through an understanding of the four different personality styles. Before starting Competitive Excellence, Stu spent 25 years in corporate sales, where he was instrumental in increasing revenues and growing client bases at large corporations. In addition to closing large contracts and leading sales teams, Stu spearheaded sales training initiatives. These initiatives powered his sales teams to exceed sales projections by an average of more than 30 percent annually. Stu is also the author of Don’t Just Stand There, Sell Something and Four People You Should Know. Stu teaches and mentors at Dallas Christian College and is active in the Richardson Chamber of Commerce, the National Speakers Association/North Texas, and other civic and community organizations.  Stu can be reached at stu@competitive-excellence.com.